Sydenham to Bankstown to be converted from existing Sydney Trains (double-deck) to Sydney Metro (single-deck trains that have 70% less seats). The current T3 Bankstown Line is direct from City Circle to Lidcombe/Liverpool via Bankstown. Metro means 9 stations west of Bankstown will lose all direct trains to City 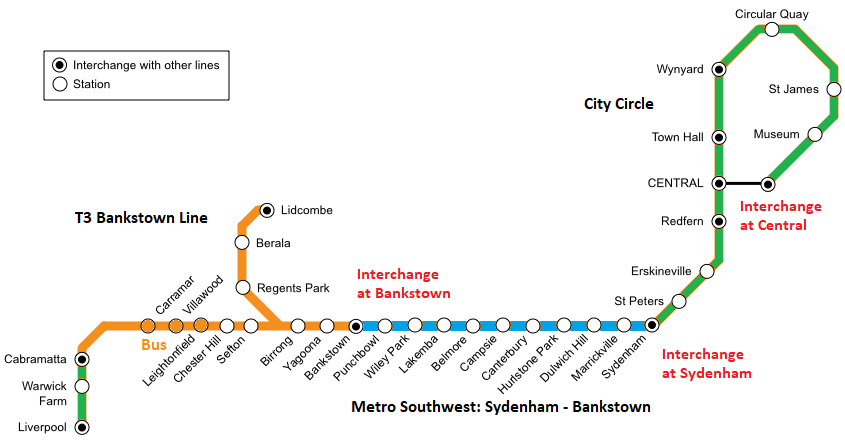 91% of all submissions opposed the Sydenham to Bankstown Metro during the Department of Planning’s 2018 PIR exhibition, with the most submissions received from Berala and Regents Park residents (despite Cumberland LGA being exclude from the Project Scope)

Despite the major impact on Cumberland, the Department of Planning has NOT consulted with residents in Lidcombe, Berala, Regents Park, Chester Hill etc and has excluded the LGA from the assessment of the project

No information has been provided to the CALD communities affected by this project. Sydney Metro did NOT place its standard advertisement (small text in English only) in the Auburn Review newspaper

Lidcombe, Berala, Regents Park commuters only became aware of the impact of the Metro Southwest once the Save T3 Bankstown Line community action group (organised by Restore Inner West Line and The Battler) placed signs and collected petition signatures at local train stations

The full business case for Sydney Metro Southwest: Sydenham to Bankstown has NOT been publicly released

The “Bankstown Bottleneck” is a myth drummed up by Gladys Berejiklian to FAKE the case for Sydenham to Bankstown being converted into Metro, as the NSW Government’s Sydney Rail Future plan states that the “Western and North Shore lines are the key bottlenecks of the network” 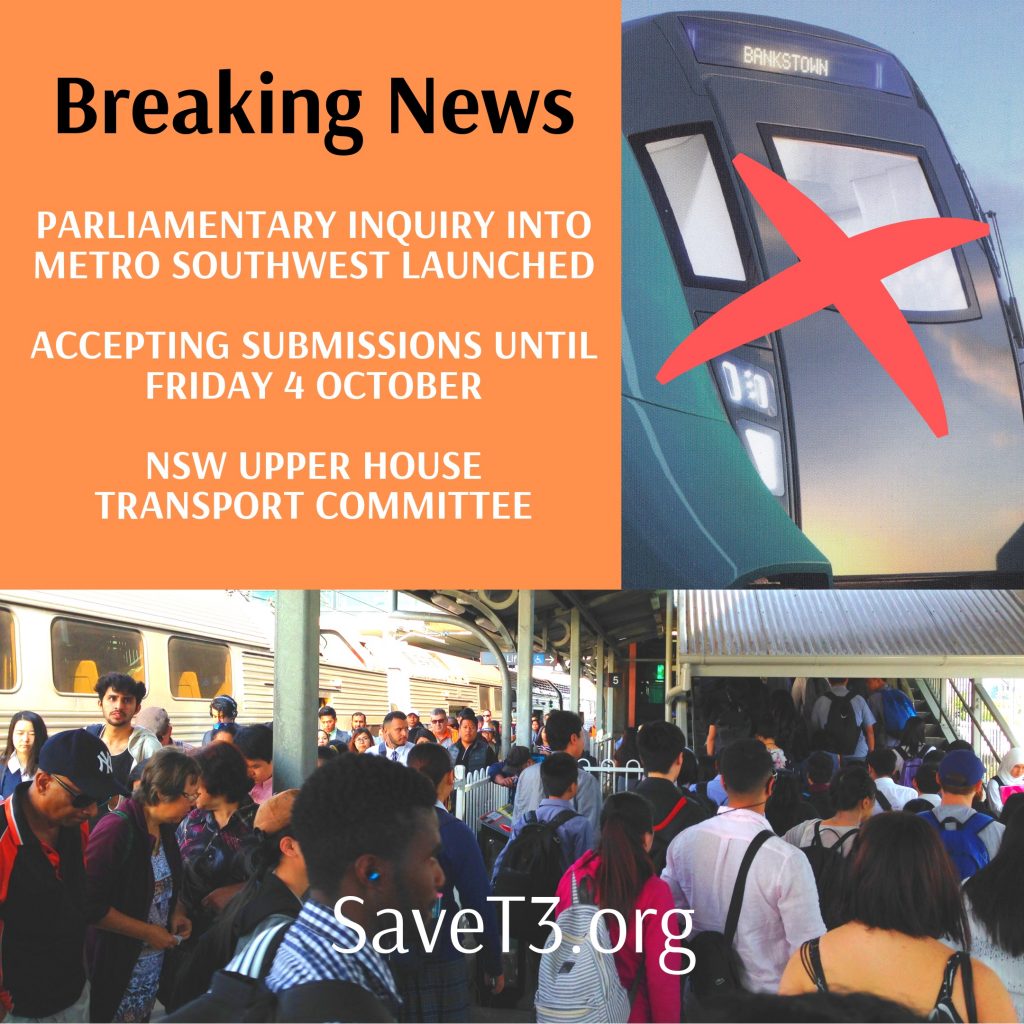