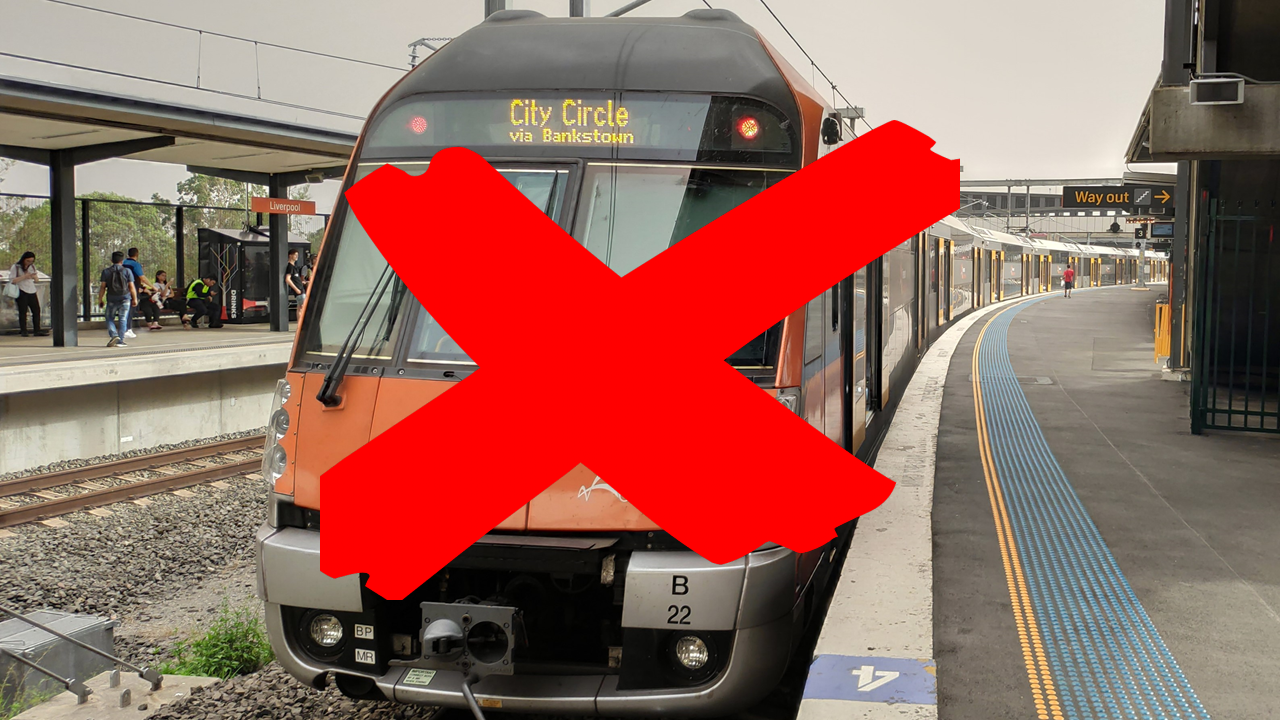 It may come as a surprise to some, but the T3 Bankstown Line actually continues to Lidcombe and Liverpool beyond Bankstown. Transport for NSW has acknowledged that this area is known as “west of Bankstown” has been seriously impacted by the removal of the Inner West Line’s City to Liverpool via Regents Park service. Stations such as Sefton, Chester Hill, Villawood have to interchange up to three times as a result of the T2 Inner West Line’s removal in 2013.

The NSW Government voted against a motion to restore the Inner West Line (Liverpool via Regents Park) in 2015 and used the debate in the Legislative Assembly to highlight that the alternative to the former Inner West Line was provided by the T3 Bankstown Line. Liberal MP Mark Coure even yelled out across the chamber that the direct Bankstown Line train to City Circle was a “great service”.

Stations west of Bankstown including Berala, Regents Park, Sefton, Chester Hill, Leightonfield, Villawood, Carramar, Birrong and Yagoona will have to interchange twice to reach current City Circle stations. Chester Hill to Circular Quay will involve a train or bus to Bankstown then Metro to Central and then another train. Southwest stations including Liverpool, Warwick Farm and Cabramatta will lose the express train to City via Bankstown Line introduced in 2017 as a result of the removal of express services on the T2 Leppington Line.

Despite the announcement of Sydenham to Bankstown Metro in 2014, the NSW Government has not provided commuters west of Bankstown and east of Sydenham with information about the upcoming changes to their train services. When questioned at the NSW Legislative Council Inquiry into the Sydenham to Bankstown Conversion for Metro Southwest in 2019, Sydney Trains Chief Executive Howard Collins was forced to deny accusations that T3 Bankstown Line commuters were being treated as an afterthought.

The decision to include Erskineville and St Peters on the T4 Illawarra Line appears to have been made after Waterloo was selected over Sydney University as an intermediary Metro station between Central and Sydenham. Earlier government documents have included Erskineville and St Peters on the T8 South Line on services from Revesby and Campbelltown. The latest rail map obtained under Freedom of Information also shows all T8 Line services operating via Sydney Airport instead of Sydenham.

Residents in Erskineville who have also been actively campaigning for accessibility upgrades at the station say they have not been made aware of the decision to remove direct access to the City Circle. Friends of Erskineville President Andrew Chuter says that “no consultation has been done with the community” about the future of train services. 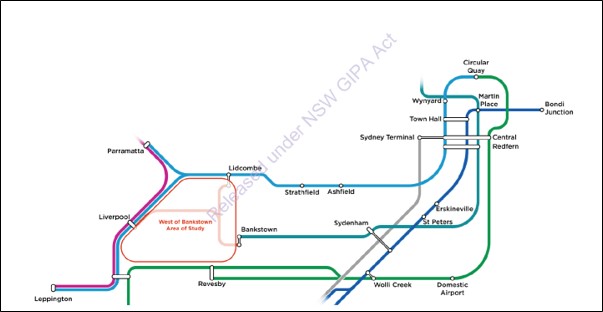 Several submissions to the NSW Legislative Council Inquiry into the Sydenham to Bankstown Conversion for Metro Southwest, which is due to release its report in March, was presented with evidence suggesting that rail services would be completely removed from a number of stations west of Bankstown after Metro Southwest opens.

Retired Transport Economist John Austen notes that in the NSW Future Transport Strategy, it would appear that the rail line west of Bankstown does not exist. The Inquiry was also presented with a copy of the Sydney’s Rail Future Implementation Plan that shows bus replacing trains from Sefton/Chester Hill to Leightonfield, Villawood, Carramar and Cabramatta.

The NSW Government has so far denied that stations west of Bankstown would be closed after Metro Southwest opens in 2024. But in a letter sent on the day of the third hearing at the Legislative Council Inquiry, Transport for NSW stated that questions about the provision of Sydney Trains services for all current T3 Bankstown Line stations in the Future Transport Strategy are “a little premature”.

Both Transport for NSW and Sydney Trains have remained tight-lipped about options for the west of Bankstown, despite promising during the Legislative Council Inquiry hearings to undertake community consultation. The only information made available has been obtained under Freedom of Information (GIPA) which lists the changes to bus services at stations west of Bankstown after the opening of Metro Southwest in 2024.

The NSW Government document highlights the need to double the frequency of many existing bus routes and to be aware of students having to change between from being train passengers to the bus passengers when travelling on schooldays. A number of bus routes would also need to be modified with new bus stops to be built closer to Villawood and Carramar stations.

As there are no bus routes from west of Bankstown to the City and Inner West, a significant increase in commuters boarding trains at T2 Leppington Line stations such as Liverpool, Fairfield, Guildford, Granville, Auburn and Lidcombe can be expected once Metro Southwest opens in 2024. It is however unlikely that rail (if any) and/or bus options for the west of Bankstown will be finalised before the NSW Government decides on whether or not to extend the Metro to Yagoona station.

This article first published by CityHub: Inner West Independent as Rail commuters beyond Bankstown abandoned by Metro on Saturday 25 January 2020