Sydney Metro announced in February 2017 that the Temporary Transport Plan for the Sydenham to Bankstown Metro would be released several years before the shutdown of the T3 Bankstown Line.

The first possession (shutdown) of the Bankstown Line for Sydney Metro Southwest is 3 – 4 August 2019 but the first extended major shutdown will take place from 24 December 2019 to 5 January 2020. 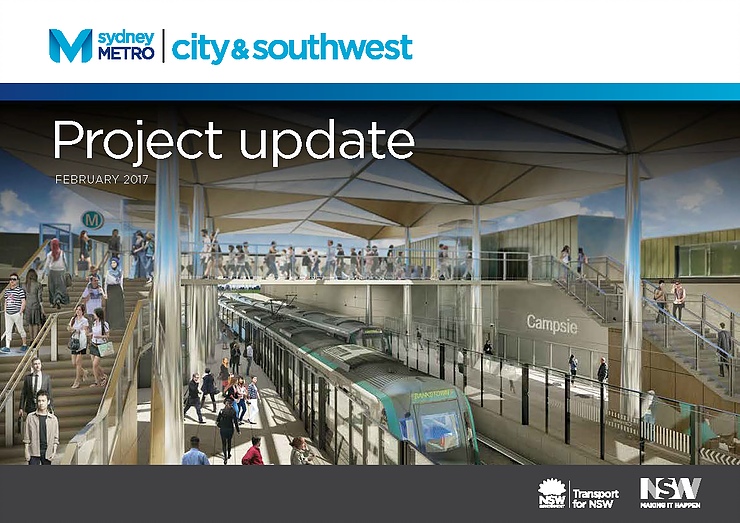 “A temporary transport plan will be put in place during possessions. This plan will be released to the community several years beforehand” – Sydney Metro City & Southwest February 2017 Project Update (Page 31) 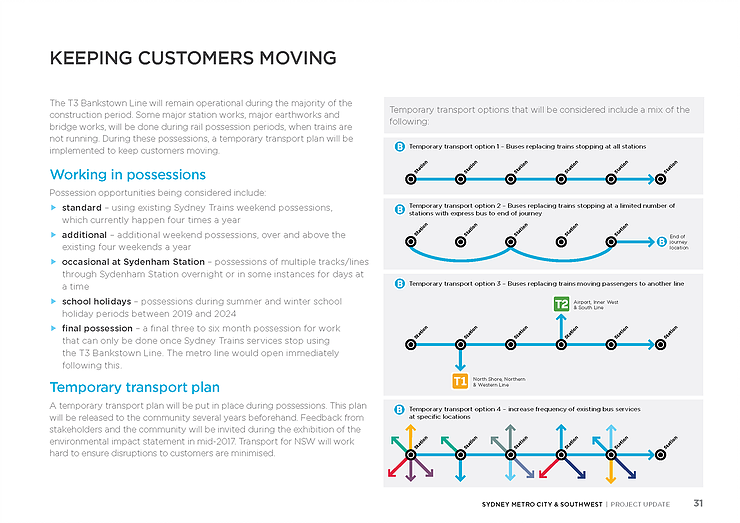 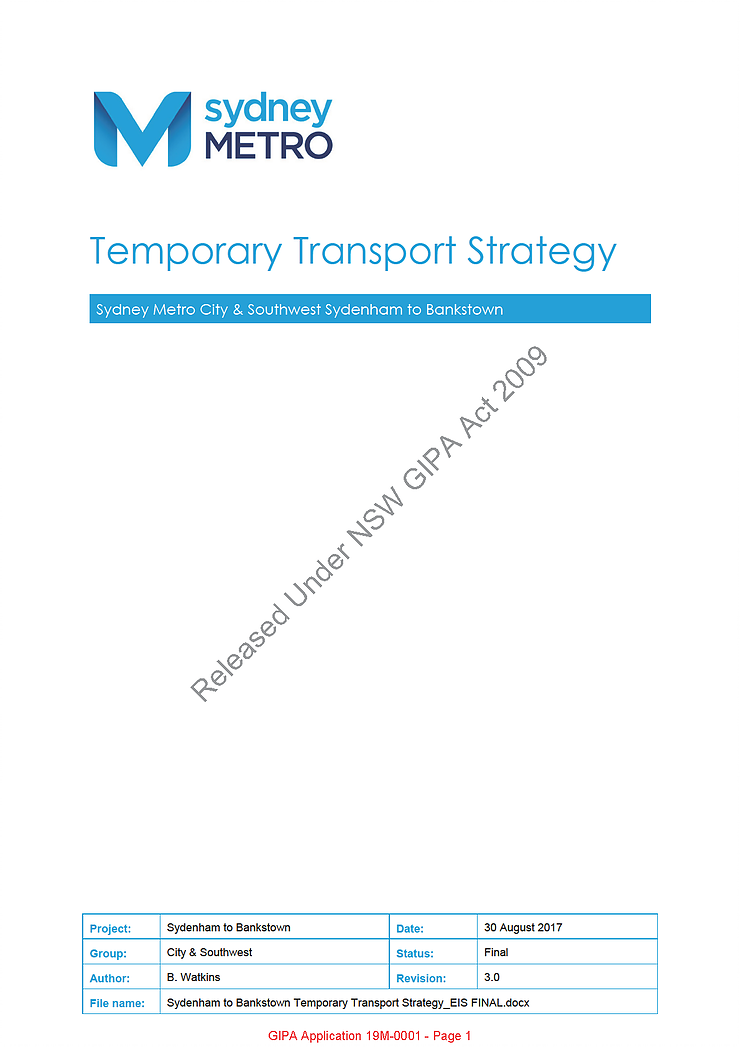 “TTP 1 will be released to the community in 2018. Community and stakeholder input will be invited at that time, and will be carefully considered as we refine and finalise this first TTP, ready for implementation” – Sydenham to Bankstown Temporary Transport Strategy (Page 31)

Despite Sydney Metro stating in 2017, that the Temporary Transport Plan would not only be released in 2018 prior to the shutdown of the Bankstown Line, the community would also be invited to consultations.

However following the Sydney Morning Herald’s story on 18 July 2019 titled Rail line closures to force 100,000 commuters a day to catch buses, Transport for NSW Coordinator General Marg Prendergast told the Canterbury-Bankstown Express on 22 July 2019 in an article titled Bankstown braces for travel chaos when trains stop for Christmas holidays that: 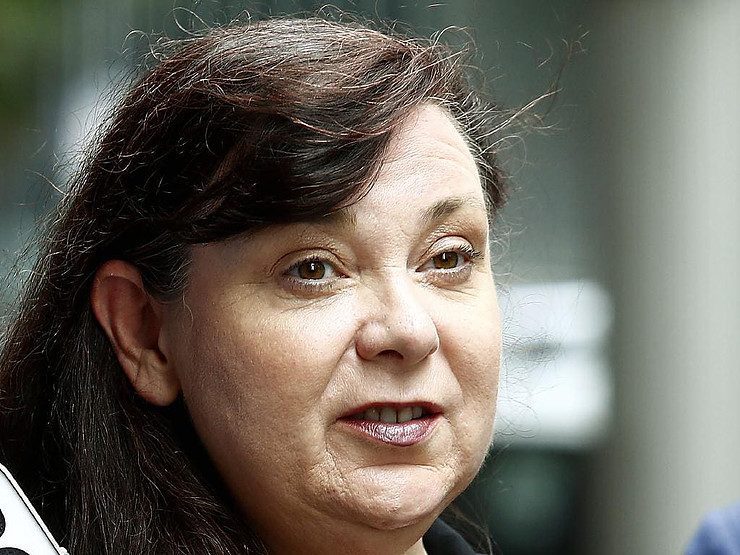 The government not only has broken its promise for community consultation with the Temporary Transport Plan, it has been delaying its release for reasons yet to be announced. 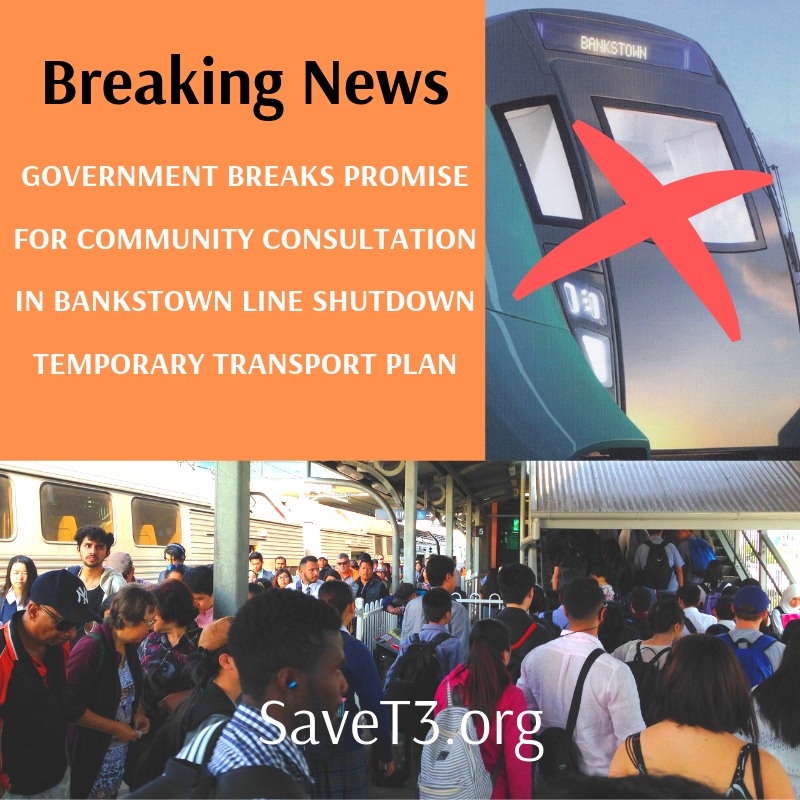